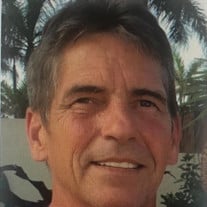 Thomas Richard Cooper, 62, passed away suddenly on Tuesday, October 12, 2021, in Live Oak, Florida. Tom was the son of Thomas Oscar Cooper, deceased, and Sylvia Cooper Fickenwirth of Ft. Pierce, Florida and Lopez Island, Washington. He is survived by one son Aaron James Cooper of Jasper, Florida; three known sisters, Pamela (Korneff) Russell, (Ft. Pierce), Susan (Cooper) Franz, (Germany), Georgia (Kahler) Gibson, (Seattle, WA), and one brother, David Kahler (Pelham, New York); two step brothers and one step sister in Seattle, WA; four aunts and one uncle all living in and around the Madison, Florida area, as well as many nieces, nephews and cousins around the country. Tom was born 8 January 1959 in Huntsville, Alabama where his father was in the military at the Redstone Arsenal. His family moved to the Miami, Florida area, and from there to Suwannee County, where he made his permanent home. Tom lived in the Live Oak area for many years as a boat builder and mechanic, and Uber driver among other occupations. He loved the river and boating and water skiing. He had a little travel trailer in which he travelled around the country during the summer, camping along the way. He was a student of the Bible and would post scriptures on Facebook periodically. He was a good man and a kind and generous father who was so proud of his son, AJ, as he was called. A Celebration of Life service will be held in the near future when plans are completed.

The family of Mr Thomas Richard Cooper created this Life Tributes page to make it easy to share your memories.