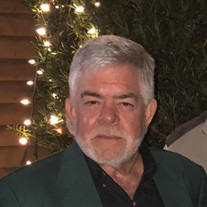 Benjamin Neel Lindsey, 70, of Perry, Florida, passed away October 17, 2021 in Tallahassee, Florida. Neel was born on January 28, 1951 in Tallahassee, Florida to Mary Louise Lindsey. Upon completion of High School, he went to Fort Lauderdale Diving Academy and completed the 18 month Underwater Welding School. He earned two Associates Degrees, an Associate of Science Degree in Forestry, and an Associate of Arts Degree. Neel was a skilled pipefitter and a member of the United Association of Pipefitters Union #234. He is survived by his loving wife, Susan Kemp Lindsey, of Perry, Florida; his son, Nate Lindsey (Candie) of Perry Florida; his daughter, Lori Hodges (Stuart), of Valdosta, Georgia. His grandchildren – Marlo Hodges and Mason Hodges of Valdosta, Georgia; Julianna Lindsey, Jenna Lindsey, Georgia Lindsey, and Gigi Lindsey all of Perry, Florida, and 3 young men he held in high regard, Cade Powell of Valdosta, Georgia; Jarod Johnson of Madison, Florida; and Will Sullivan of Madison, Florida. His sister, Sarah Hensley (Terry) of LaGrange, Georgia and his aunt, Lee Lindsey McKinney. He is preceded in death by his mother, Mary Louise Lindsey, his brother, Joseph Warren Lindsey, his grandparents, Louise and Byron Butler, his grandfather Benjamin Hampton Lindsey, and his aunt Sara Brown and uncle JW Brown. His number one focus in life was his children and grandchildren. He was very instrumental in teaching his grandchildren about all things pertaining to American history. He was a proud Southerner and wanted his children and grandchildren to have a love of their Southern roots. He was also a professional diver and knew every road, spring and mudhole in Taylor County. Neel loved to hunt and fish and was Vice President of the Organized Fishermen of Florida for many years. He loved adventure and enjoyed sharing that with his grandchildren. He took them on many exciting adventures, and he was always a source of great fun. He loved Aucilla Christian Academy and decided early on to send his children and grandchildren to school there. He did not miss any event that his children and grandchildren had. He loved attending every musical, grandparent’s day, and sporting event. He often said, “If Susan and I fall short, Aucilla will pick up the slack and secure the Lord Jesus Christ in their hearts.” His great-grandmother, Alma Blake Lindsey, was a founding member of St. James Episcopal Church and she instilled a love of the church in Neel. He loved his Taylor County friends with all of his heart, and some of his greatest memories are of when they all stomped down the beach from Adams Beach to Hagan’s Cove. They created their own fun and entertainment and those are some of his happiest days. His father-figure and Grandfather Ben Lindsey took him hunting out West every year. He had many wonderful memories from his trips out West and loved to share them with his children and grandchildren. He often said if he could live anywhere other than Taylor County, it would be Colorado, Wyoming, or Montana. There will be a funeral service on Saturday, October 23, 2021 at 3:00pm at St. James Episcopal Church in Perry, Florida, with a visitation at the same location one hour prior to the service. Interment will follow at Woodlawn Cemetery, Perry, Florida. Donations can be made in his name to the St. James Episcopal Church Memorial Fund, 1100 West Green Street, Perry, Florida 32347, St Jude’s Children’s Research Hospital, or Wounded Warriors Project. T.J. Beggs, Jr. & Sons Funeral Home in Perry, Florida (850)838-2929. You may send your condolences to www.beggsfuneral.com

The family of Benjamin Neel Lindsey created this Life Tributes page to make it easy to share your memories.